Tina has primary responsibility for all areas of operations – process/workflow management, new client on-boarding, client service requests, and technical support, including client website access/login assistance, operations problem solving, and absolutely anything to do with advanced Excel applications. She is also helping to develop improved processes across all aspects of our operations.

Tina earned her B.S. degree in accounting from Northwest Christian University in 2011 while working full time as a business analyst. But she just couldn’t stop there. She enrolled in Marylhurst University in Lake Oswego, Oregon, where she earned her MBA degree with an emphasis on healthcare administration.

In 2018, her former company changed ownership, and the position she had held for 20 years (Senior Business Analyst) was swept away in the move to the new company. She decided it was time for a break and some changes, so she sold her house and took off for Southeast Asia. Tina spent three months in Danang, Vietnam, before moving on to Siem Reap, Cambodia, where she lived for six months. During her time in Asia she also visited the Philippines and Thailand. In the Philippines, she enjoyed exploring her family’s heritage (her daughters are part Hawaiian-Filipino).

Tina raised three daughters in Hawaii and moved back to Eugene in 1998, after living in Hawaii for 22 years. Tina has nine grandchildren and enjoys sewing, reading, and hiking in the forest.

“My primary motivation in life is to help others,” she says. “It makes me happy to help and teach others to fish.” 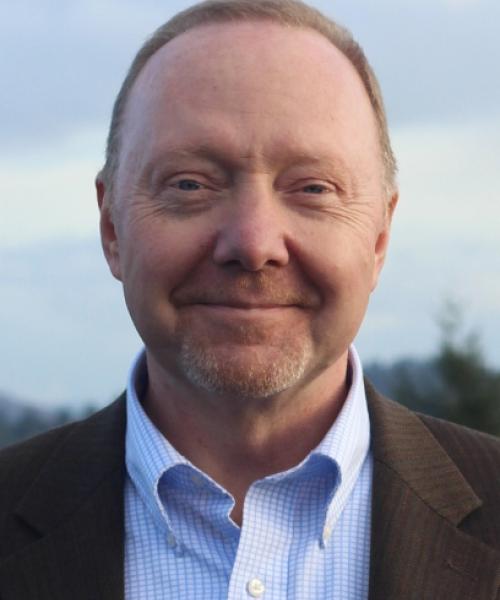 Stephen Mallery came to the financial services business after a 17-year career in journalism and publishing. He earned his B.A. degree in journalism from the University of Oregon in 1986. During his career he served as editor and publisher for leading national and international technical trade publications and commercial internet projects.

In 1992 he founded his own magazine publishing company. Its flagship publication became the leading technical publication in its niche, with circulation in 22 countries. The publication won 23 writing awards, including Stephen’s gold medal for “Best Editorials” in 1998.

After a successful 7-year run as publisher, Stephen transitioned to a new profession – insurance and investments. He joined New York Life as an agent in 2003, became securities licensed and a registered representative with NYLIFE Securities in 2004, and earned his LUTCF professional designation in 2006. He earned a place as a qualifying member at the Million Dollar Round Table (MDRT) that same year.

Not satisfied with a single branded toolbox, Stephen began to reach out for broader solutions to clients’ often complex needs. In 2007, he established Mallery Financial while continuing to maintain his close relationship with New York Life.

In 2010, Stephen took a major step toward independence and building a business on the values of independence, objectivity, and transparency. He ended his relationship with New York Life and began working under an independent broker-dealer/registered investment adviser. In 2011 he passed the Uniform Investment Adviser Law Examination and began providing fee-based advisory services under the fiduciary standard of care for planning, investment, and insurance clients.

In 2020, Stephen took the next logical step and registered Mallery Financial as a registered investment adviser (RIA) with the state of Oregon.

Stephen says his roots as a technical editor continue to feed his financial planning and investment management practice. “My background in technical publishing taught me the importance of accuracy and analysis,” he says. “I also really believe in the education function — I think people want access to good, credible information they can use to make important decisions.”

Journalism also shaped his philosophy of business and life: “In journalism school, I was preoccupied with the question of truth. There is a set of facts,” he says, “and then there is ‘the truth about the facts,’ or, what does the sum of all the detail really mean — the ‘so what’ factor. To me that’s the perfect synthesis of idealism, realism, and practicality. That’s what I bring to my financial services practice.”

As an editor Stephen used an editorial practice known as “peer review,” where material was sent out to specialists – leading experts in their fields – to review, critique, and recommend changes before publication. Manuscripts went back and forth, sometimes several times, until everything had been thoroughly vetted and was scrubbed and polished for publication. The end product was always intended to be durable. And it was.

At that time Stephen coined an expression, “There’s no such thing as problems – only interesting solutions.” His persistence and commitment to finding the solution to any problem continues in his financial services practice.