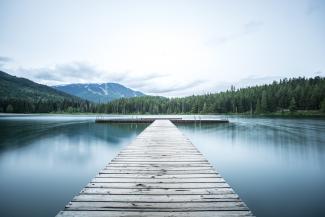 60-Day Rollovers: Just One per Year per Customer, Please

Need a little cash from your In­dividual Retirement Account (IRA)? Just a short-term need with the intent to replace the funds without triggering a taxable distribution? That’s of­ten referred to as a 60-day rollover – draw the funds to meet the short-term need, then return the money to the IRA within 60 days, and there are no tax consequences. For many years it was widely believed that one 60-day rollover was allowed from each IRA that a tax­payer maintained.  The U.S. Tax Court (see Bo­brow v. Commissioner) scotched that idea, interpreting the applicable legislation as limiting a taxpayer to a single 60-day rollover within a 12-month period, regardless of how many IRAs he or she happens to hold. Soon after that decision, the In­ternal Revenue Service announced its intention to start enforcing that more restrictive interpretation of the regulation governing IRA rollovers. And in an amusing twist, the IRS withdrew a proposed amendment to the IRA rollover rules it had sent to the Treasury Department in . . . 1981. That 34-year-old proposal would have enshrined the more liberal ap­proach to 60-day rollovers that lots of taxpayers had long assumed to be the operative rule. But neither Treasury nor the Congress ever for­mally adopted the IRS proposal, and now the Tax Court has rendered it a “dead letter.” This simply points up the need for careful planning before any IRA withdrawal for which you may want to take advantage of a 60-day rollover. Direct IRA-to-IRA (custodian-to-custodian) trans­fers are not limited in terms of frequency or time period. So if that short-term need for funds is greater than the amount available in any one IRA, the first step may be to transfer assets from one or more other IRAs. Just a little extra care in the process.